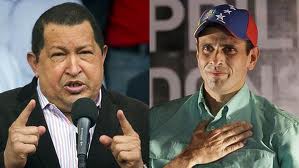 With its presidential election looming, compliance officers at international banks whose clientele is involved in substantial trade or financial intercourse with Venezuela are poised to reevaluate Country Risk for that country, based upon the results, and whatever domestic reaction manifests itself in the streets of Caracas, and other major Venezuelan cities.

(1) Will there be a repeat of the systemic election fraud, on a massive scale, such as has been seen in the past, to guarantee that Hugo Chavez Frias is reelected, notwithstanding the actual popular vote ?

(2) Will certain of the general officers in the Army of Venezuela make good on their threat to stage a coup, if Capriles, the Opposition candidate, wins, or even ahead of time, to deny him any possibility of victory  ?

(3) What will happen to the reported 30,000 Cuban "advisers" working in Venezuela ? Is domestic instability inevitable post-election ?  Do those who fear a civil war have a factual basis for those fears ?

(4) Will there be a sea change in the relationship between Venezuela and Iran ? Capriles has vowed to cut those ties if he is elected. 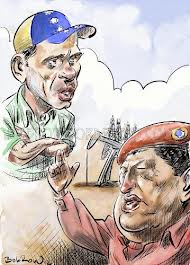 Sources inside Venezuela advise that every seat on an international flight leaving Caracas for Election Day has been sold. This means that certain parties intend to quit the country if the unexpected happens, namely the election of the Opposition candidate. 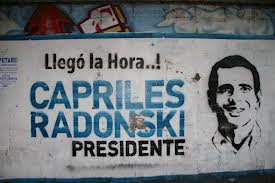 Compliance officers should alert their front line staff to report, forthwith, any very large funds transfers from Venezuela, and to obtain written proof of both Source of Funds, and Beneficial Ownership information, to avoid receiving illicit "flight capital" that may later be publicly exposed, with the resultant reputation damage to the bank. If the so-called Bolivarian Elite, Chavez' allies, flee the country, they will not come empty-handed; Watch for them. 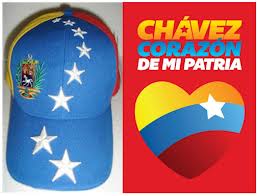