An anti-money laundering compliance officer, who intentionally violated the laws that he was supposed to enforce, has been indicted US District Court in California*. Humberto Sanchez, the BSA Compliance Officer at a Los Angeles  cheque-cashing store, has entered a guilty plea to a single count of Failure to Maintain an Effective Money Laundering Policy.

The company allegedly failed to file Currency Transaction Reports (CTR) on transactions of more than $24m. This type of business is typically used by health care fraudsters, who present cheques payable to  straw payees to cashiers who will not ask for identification, and who will not file CTRs. 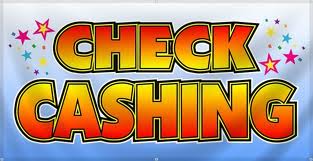 Mr. Sanchez faces a maximum penalty of five years in federal Prison, and a fine of up to $250,000. The Plea Agreement, and the fact that there are a number of sealed documents in the file, indicate a certain degree of cooperation has taken place, and a reduced sentence is the probable outcome.

Though a criminal indictment will probably not occur for the failure of a compliance officer to file a CTR, a course of conduct where the appropriate filings are repeatedly ignored, when tied to criminal money laundering on an organised scale, might yield a different result. Govern yourself accordingly.