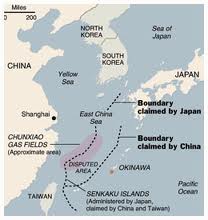 The Taipei Economic and Cultural Office in New York has published a historical analysis of the status of the Diaoyutai Islands that appears to establish Chinese sovereignty. The report, which was published in a major US financial newspaper as advertising, details Chinese discovery in the 14th century, and continuing Chinese  claims since that time.

The article debunks the Japanese statements, and states that the 1895-1945 Japanese occupation was a secret annexation, and contrary to established convention. It goes on to show that the 1943 Cairo Declaration, as implemented in the Potsdam Declaration of 1945, and the Japanese surrender, restored the territory to the Republic of China. 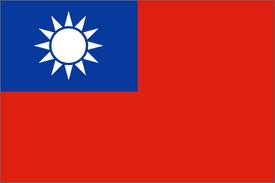 It concludes that the US transferred only administrative control of the islands to Japan, not sovereignty, and that Japan's claim was void ab initio.

The ROC East China Sea Peace Initiative, which involves shared shared resources, could reduce tensions in the region, and thus, Country Risk. Japan needs to abandon its claims, as they are not supported by history.