WILL YOUR BANK CLIENTS BE ON CHINA'S NEW ECONOMIC BLACKLIST ? 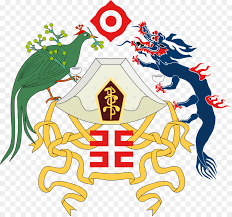 The Peoples' Republic of China, openly upset over the American export ban against telecom giant Huawei, has advised that it has an "Unreliable Entity List" in preparation. This blacklist which will consist of companies, individuals and entities that China asserts are blocking its national interests.

Whether China is using Huawei for espionage purposes abroad is unknown, notwithstanding the claims of the Trump Administration, but your bank clients could find themselves abruptly placed upon the Chinese Blacklist, and suffer immediate economic losses, including unpaid invoices and accounts payable, blocked deliveries of goods, blocked wire transfers, and even interference with letters of credit and seizure of local accounts.

Arrests of corporate officers who happen to be in China on the date when the blacklist is published is also a concern, given the unlawful arrest of Canadian nationals, after Canada detained the Huawei CFO, on an American arrest warrant. Those not detained could be prevented from exiting China, which is a favorite Chinese pressure tactic.

Compliance officers at American banks would be well advised to closely monitor the situation, first assessing whether any bank clients have outstanding exposure in China, including human resources located there, and consulting with legal counsel in the event the bank itself is deemed to have any financial exposure.