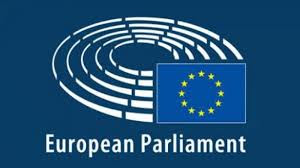 Two members of the European Parliament, in a letter to senior EP leadership, have called for the termination of the existing EU visa waiver program for St Kitts & Nevis, citing a number of SKN passport holders, who acquired their Kittitian nationality through the Citizenship by Investment program, who are known to be career criminals, either currently wanted by the authorities, or already under arrest for white collar crimes.

They have a point. The Malaysian (1MDB) fugitive, Jho Low, and the Iranian banker known as Ali Sadr Hasheminejad (Pilatus Bank) are both named as holders of SKN CBI passports. The Russian national Andrei Pavlov, accused of criminal activity, appears to have been barred from EU entry, but he used his St Kitts CBI passport to enter the EU more than 30 times. The fact that Canada dropped St kitts & Nevis from their visa waiver program is also cited ion support of their position.

The complete text of their letter follows here: 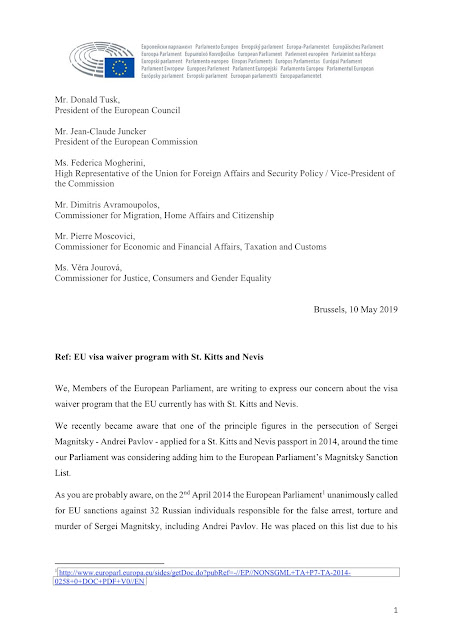 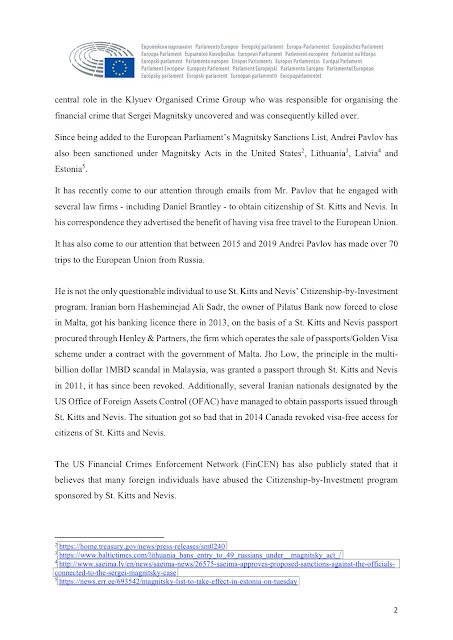 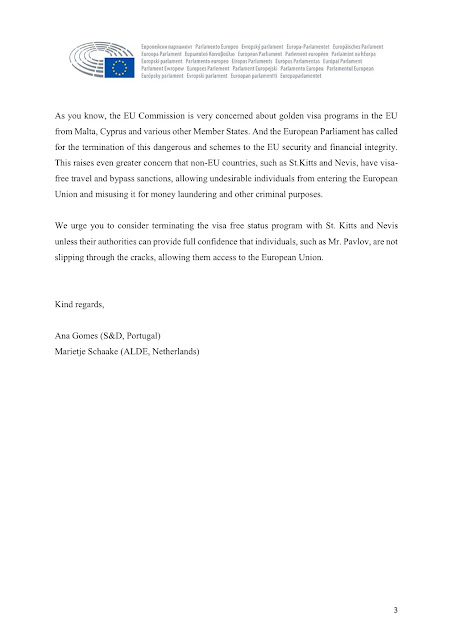