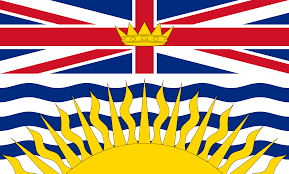 Reports from the Canadian Province of British Columbia about rampant money laundering raise the question: when, if even, will Ottawa step in and bring it under control ? whether it is the forty-two million dollars of dirty money laundered through real estate purchases, or the out-of-control casino money laundering, something definitely need to be done at the Federal level. Blame rests with the policies of the Liberal Party government in Canada's capital, as well as in British Columbia, for failure to act decisively to check Chinese organized crime.

One verified story, about a buyer paying CAD$240,000, all in cash, to purchase a high-end luxury car at a local new car dealership, demonstrates the abject failure of government, and indeed law enforcement, to suppress money laundering through automobile purchases. One source said the cash was taken to the dealer's bank by several staff members, as they were concerned about a robbery. Are businesses in BC so fearless of law enforcement that they so openly cooperate with money launderers ? Perhaps it is because many known convicted felons own auto sales companies.

Another note stated that foreign purchasers of automobiles, straw men obviously, using Chinese drivers' licenses as identifications, export the vehicles abroad, and and received $85m in sales tax rebates over the last six years. What's wrong with this picture ?

Apparently, the current Federal Government in power in Ottawa failed last year, to impose mandatory reporting, to FINTRAC, of cash sales of high-end vehicles. Did industry lobbyists stop the legislation under consideration ? Someone in Canada needs to step up and clean up BC, before all the other provinces become similarly infected.
Posted by Kenneth Rijock at Sunday, May 12, 2019