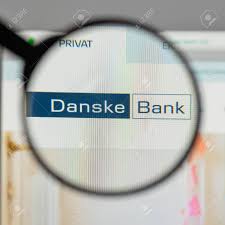 Lars Morch, the Head of Business Banking at Danske Bank, and a Member of the Executive Board, has been charged in the bank's unfolding money laundering scandal. he had resigned last year, when the fact that he has ignored warnings from the bank's internal auditors, and later a whistle blower, about violations of Denmark's anti-money laundering laws, regarding the bank's Estonian branch.

Some of the other approximately eleven individuals have been named, such as the bank's former Group General Counsel Flemming Pristed, but several other remain unknown, due reportedly to attorney requests for a publication ban on their names. The bank itself has also been charged.

There have been several staff changes at the bank of late; Satnam Lehal, formerly of Morgan Stanley, has been appointed as the head of the bank's Financial Crime Unit. The Director of Compliance, Philippe Vollot joined in December, coming over from Deutsche Bank.