IS THIS THE LEADER OF ORGANIZED CRIME IN BRITISH COLUMBIA ? 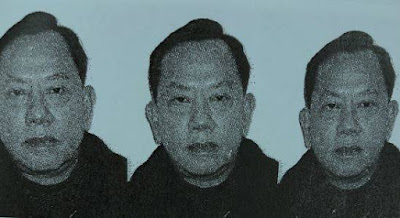 KWOK CHUNG TAM is the alleged kingpin of a Chinese organized crime cartel operating a narcotics trafficking ring in British Columbia, a transnational organized crime syndicate that sells heroin and fentanyl in Canada. It is the laundering of narcotic profits in BC that has drawn the attention of Canada's press.

Kwok has, thus far, avoided conviction for any serious crimes in Canada, but he remains a major target of law enforcement. His attorneys have a history of harassing Canadian media when they write about his alleged criminal activities.

This is a counterfeit passport seized by Canadian law enforcement. KWOK has never been a citizen of the Republic of China (Taiwan). 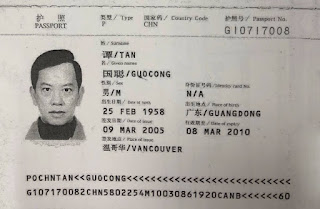