Law enforcement agents from the Dominican Republic and the United States conducted a raid this week, upon two luxury villas in the resort town of Punta Cana, looking for the international fugitive Venezuelan money launderer Samark López Bello. Cash, jewelry and precious gems, three sport-utility vehicles, and documents were seized as evidence. López is allegedly in Venezuela at this time. 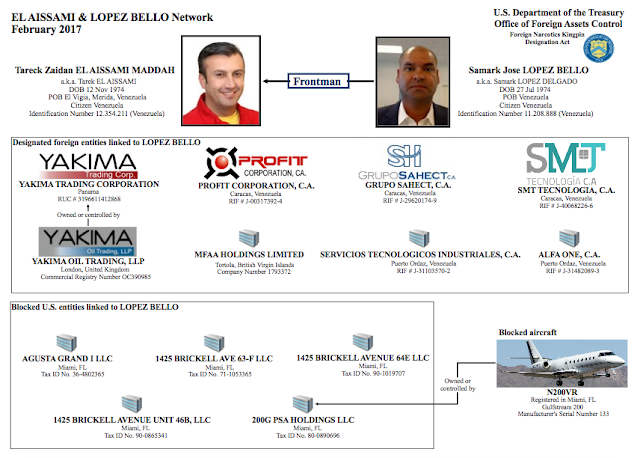 López Bello, who was sanctioned by OFAC, and who is wanted in the US for sanctions violations, is an alleged close associate of Venezuela's former Vice President Tareck Zaidan el-Aissami, who was designated by OFAC under the narcotics Kingpin law.  el-Asiiami is also w fugitive from justice in the United States.