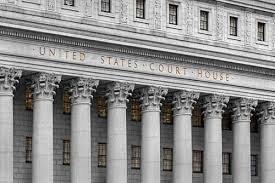 Achraf Safieddine, the Beirut attorney alleged to be a lawyer for Hezbollah, in a terrorist financing civil suit in US District Court in New York against most of Beirut's major banks, has filed a memorandum of law responding to the plaintiffs' efforts to defeat his Motion for Limited Intervention and to Strike. He is not a named party defendant in the case, and has asserted that the Court should strike the "immaterial and unrelated allegations" against him as a non-party which serve no legitimate purpose.

The attorney further argues that, as a non-party, he has no opportunity to defend himself and his reputation, especially when the plaintiffs' have failed to allege that the participation was knowing or willful. Safieddine has stated that he formed companies for clients, who later engaged in illegal activities, without his knowledge or participation. This fact pattern is similar to the Panama law firm that formed companies for former Chilean dictator Augusto Pinochet, for his bankers, but had no involvement in Pinochet's acceptance of bribes and kickbacks, nor in his subsequent money laundering actions.

Finally the attorney argues that the plaintiffs failed to dispute the impertinence of the complaint's allegations against attorney Safieddine, which alone gives the Court authority to strike them. Why make these allegations, and then fail to join the attorney as a defendant ? He should be permitted to intervene, so that the Court may address his Motion to Strike the allegations of association with Hezbollah, as its attorney.

When the decision on the Motion to Intervene is handed down, we shall advise our readers.
Posted by Kenneth Rijock at Saturday, May 04, 2019