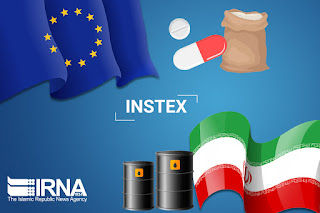 If you were wondering what entity the Government of Iran was going to use to evade US sanctions in European transactions with INSTEX, the instrument in Support of Trade Exchanges. the name of the new agency is Special Trade and Finance Institute, or STFI. This agency is said to have affiliations with several Iranian banks and corporations.

The method, which evades both the US Dollar and the American financial system, works like this: an Iranian company want to purchase something from a French company. At the same time, another French company want to buy certain products from an Iranian manufacturer. INSTEX as a a barter intermediary. It pays the French seller with the Euros from the French buyer, thus insuring that the US financial structure is completely avoided, and no US Dollar sanctions violation ever occurs. 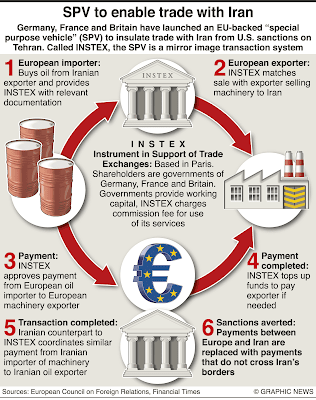 This far, only food and medicines are on the list to be traded, but one must assume that oil and other petroleum products will shortly become a topic of discussion. Compliance officers should be alert for any mention of STFI in correspondence or trade documents, including the full name of this Iranian agency in both French and German.