The Islamic Republic of Iran, which is scrambling to create new covert financial pipelines to defeat and evade US sanctions, is apparently building one in Antigua & Barbuda, with the able assistance of Syrian agents. What you see above is a Citizenship by Investment (CBI/CIP) passport, issued by Antigua, to a Syrian national. According to our sources, Mohamad Ayad Ghazal, the passport holder,  used forged documents in support of his CBI application in Antigua. Also, the passport was among those listed as "stolen" by Antiguan authorities, but shows up as a government-issued document.

Mohamaf Ayad Ghazal is the Director of Operations for Syria's national railway system, though he is operating from, and a resident of, Dubai in the United Arab Emirates (UAE). Obviously, he has a part-time residence in the primary jurisdiction used to accomplish the forwarding of goods, where end users ostensibly in the UAE, ship the goods inwaes ultimately to Iran, thus making an end run around sanctions, is no accident. He's no railway executive, but an operative in Iran's global sanctions evasion scheme.

Reliable sources in Antigua have reported that a number of Syrian nationals have obtained Antigua CBI passports; they have been observed conducting business, of an unknown nature, in Antigua.
This has happened before. See Antigua denies Claims that passports are being sold to Cartibbran Refugees, www.caribbean360com , September 25, 2015 .

Additionally, several Iranian nationals have recently filed CBI applications; it is not known whether  passports have already been issued to them. Most East Caribbean states have blacklisted Iran and other high-risk jurisdictions from their CBI programs. The fact that Antigua, whose program only allows expats living outside the sanctioned jurisdiction, violates its own policies, in issuing a CBI passport to Ghazal. This individual is a PEP, politically Exposed Person; he works for the Iranian government, which makes him a sanctioned individual by definition. It appears that Antigua's CIP program performs little or no compliance on applicants.


Why is Antigua allowing itself to become a center for Iranian sanctions evasion activity ? Perhaps you might want to ask the country's leader, Prime Minister Gaston Browne, a left-of-center candidate with ties to the Governments of both Cuba and Venezuela. We wonder whether he understands that short-term financial gains, due to the additional CBI passport income, and international trade transactions being conducted by the new "Syrian" Antiguans, will not be worth the exposure to sanctions violations or terrorist financing charges by the United States, especially Antigua's banks. 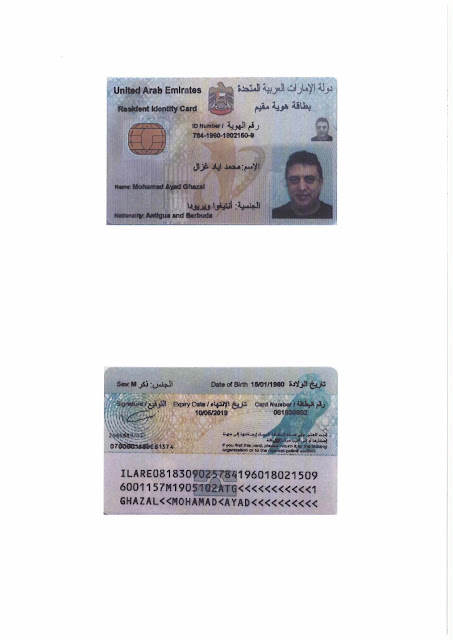