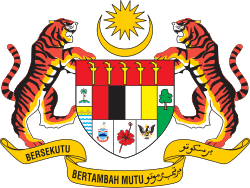 Our readers are  familiar with the story of how the Iranian oil trader, Alireza Monfared, working out of the Malaysian tax haven of Labuan, parked oil tankers loaded with contraband oil just offshore, while his partners, Reza Zarrab and Babak Zanjani, bartered gold for contraband oil.

Monfared, who later went rogue, and attempted to cheat justice by hiding out in Dominica, is now in an Iranian prison, but Malaysia, using other proxies and agents, continues to aid Iran in vending its sanctioned oil. Reports from the Far East have confirmed that the number of Iranian-origin oil tankers either located in adjacent waters, or steaming in that direction, vastly exceeds Malaysia's national requirements. Obviously, there are new Iranian agents at work, but the scheme continues.

Malaysia and Iran have a long history of cooperation, from the use of five Islamic banks in Malaysia by Iranians engaged in sanctions evasion, to the training of Palestinian terrorists, sponsored by Iran, there. Unfortunately, as a nominal ally of the West, its pro-Iranian stance has been pointedly ignored, but with the zero export position, regarding Iranian oil, taken by the Trump Administration, Malaysia may soon find itself at odds with the US. Will OFAC sanction its activities ?
Posted by Kenneth Rijock at Wednesday, May 22, 2019