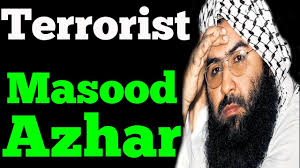 The United Nations Security Council, after a delay of a decade, due to objections from China, has finally designated Maulana Masood Azhar as an international terrorist. Azhar is the founder of the designated Pakistani terrorist group Jaish e-Mohammed (JEM), which has committed numerous terrorist acts in South Asia, and was sanctioned by the United States back in 2010.

China, an ally of Pakistan, has interfered several times with the UNSC efforts to sanction Azhar by blocking committee moves to designate him a global terrorist. Since JEM has been named as responsible for the February attack in Kashmir that greatly increased the threat of a new war between Pakistan and India, its opposition to his designation has been removed, in part, some experts believe, because of fears that Pakistan's lack of cooperation in money laundering and terrorist financing could result in a FATF country sanction.

JEM (the Army of Mohammad), seeks to acquire all of Kashmir for Pakistan, and thereafter take India as well, to be a Muslim state under Sharia law. 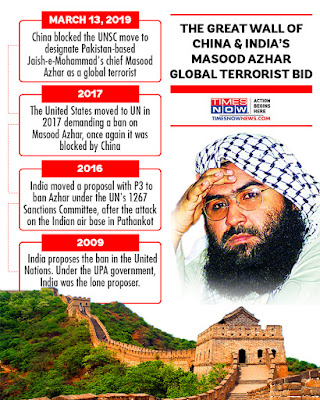