AFTER SUPPORTING ALEX MORAN AS ITS "ECONOMIC ENVOY," ANTIGUA DUMPS HIM AND LIES ABOUT HIS DIPLOMATIC STATUS 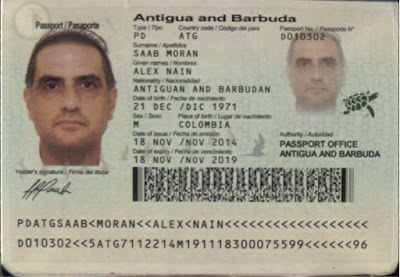 When the news broke about the arrest in Colombia, on money laundering charges, of Alex Saab Morán's accountant and auditor, Antigua's Foreign Ministry affirmed his diplomatic status as" Economic Envoy," and placed an article in Caribbean media to the effect that Saab had personally denied that he was a money launderer, and that his arrested associates would be released, and the matter dropped. The article was an obvious piece of damage control, designed to raise questions of fact and issues of law about Saab, so that the impact of damaging news that Antigua is selling diplomatic passports to dodgy buyers would be minimized.

When it became public knowledge that Saab had indeed been indicted in the Republic of Colombia, Antigua very quietly distanced itself from the accused Colombian money launderer. It also evaded the fact that it had admitted he had been issued a diplomatic passport, by asserting that he did not have one, only a CBI passport, and that he was NOT a diplomat on behalf of Antigua. Any compliance officer with a bare minimum of skills know that Saab should never been issued any type of Antiguan passport, due to his well-known illicit activities on behalf of the Maduro regime, especially the country's president 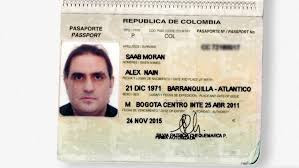 Saab remains a fugitive from justice; his whereabouts are unknown, though three countries, including the United States, are seeking to arrest him. His Antigua-domiciled offshore bank, his close relationship with one of Antigua's major local banks, and his known friendship with the Prime Minister, all will be exposed, should he tried for his crimes. We wonder how Antigua will spin that information. 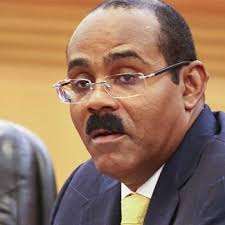