IS ANTIGUA SEEKING TO EXTRACT STILL MORE MONEY FROM ITS CBI PASSPORT HOLDERS ?

The Government of Antigua & Barbuda has, by official notice, which appears below, has advised all parties who hold Antiguan passports, that they will now expire on December 31. The current passports, which are machine-readable, will all be replaced by e-passports, which feature a chip containing the individuals identification information. Most of the developed world uses e-passports for security purposes. 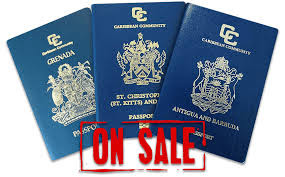 The problem is that, when a significant technological change is made to identity documents, they are generally upgraded upon expiration in an individual basis; they are not universally recalled, unless they are defective. Antigua has a large number of Citizenship by Investment (CBI/CIP) passports, sold to foreign nationals. Is this "upgrade," which could have been made at any time during the past decade, a ploy to hit the CBI passport holders for yet another large fee ? We cannot say, but a number of individuals who live in Antigua suspect that the hidden agenda here is to collect additional, and frankly exorbitant, fee once more from the wealthy CBI clients.

Another faction in Antigua believes that the passport upgrade is a tactic to allow the government to remove any CBI passport holders who might now be engaged in any dodgy activities that would damage Antigua's international reputation. The upgrade provides a way to cull out any passport holders whose eventual arrest abroad might again focus unwanted attention upon Antigua as a jurisdiction of choice for fraudsters and sanctions evaders. 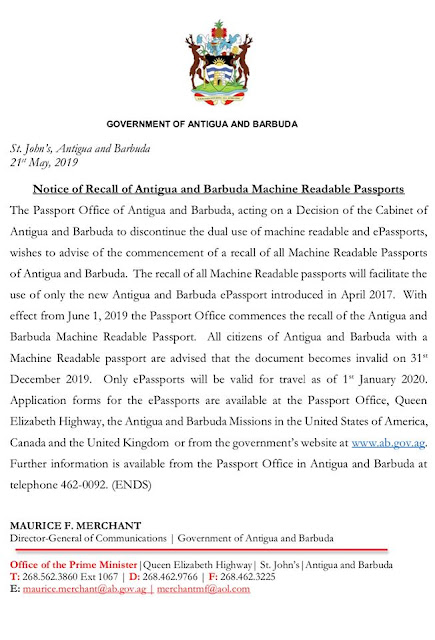 The Law of Unintended Consequences also applies; This action will assist in anti-money laundering investigations. We will be closely watching who actually appears in Antigua, to exchange their passport for the upgraded version, whether they hail from the Middle East, Asia, Africa, or from sanctioned countries,which will serve to identify individuals most likely engaged in activities that may violate the Foreign Corrupt Practices Act, or the Bribery Act, or corruption laws in other countries. Compliance officers need those names for risk management purposes, and law enforcement agencies may want to open investigations into their nationals who are found to hold CBI passports without any normal business purpose.
Posted by Kenneth Rijock at Wednesday, May 22, 2019