WILL BRITISH COLUMBIA'S NEW LAWS TAKE A BITE OUT OF MONEY LAUNDERING ?

Officials in British Columbia, seeking to suppress the money laundering that is running rampant in the Province, are hoping that two new measures with combat the problem, which is resulting in a lack of available housing for local residents, as the proceeds of crime have been placed into CAD$42m in real estate, which are then left vacant by their owners.

BC's new Speculation and Vacancy Act requires that an annual 2% tax be paid on vacant residences; more importantly, it requires owners to disclose their dates of birth and social insurance (social security) numbers. The lack of a number, on the part of an owner, will allow law enforcement to focus on foreign nationals who are not paying taxes in Canada, and identify possible money laundering operations in British Columbia. Locals who own a second home can file for an exemption under certain circumstances. 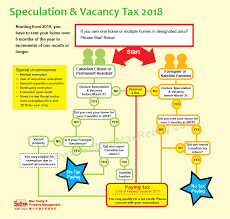 Add to this the new proposed Beneficial Ownership disclosure law, which will require all corporations or other entities named their owners, and you have powerful investigative tools to uncover, identify, and interdict, the laundering of the proceeds of crime in BC. Let us sincerely hope that all these new measures will be quickly and efficiently exploited by Federal, as well as local, law enforcement officials, and the properties purchased with laundered drug cash seized and forfeited.
Posted by Kenneth Rijock at Sunday, May 05, 2019