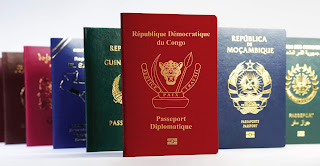 Compliance officers at international banks, as well as customs and immigration officers in North America and Western Europe, should be alert for individuals from certain specific African nations, named below, holding illegally-issued diplomatic passports sold to them for cash. These identity documents are bogus, and the holders possibly financial criminals, tax evaders, or some other variety of white-collar criminal.

We have extensively covered the activities of the Semlex Group, a passport and identity card issuer located in Belgium, and owned by the Syrian national, Albert Karaziwan. Karaziwan is reportedly now a Belgian citizen. 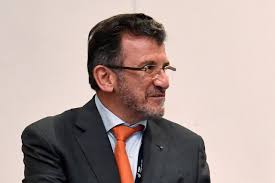 In 2018, Belgian police searched the company's offices, searching for evidence of money laundering and corruption.  We have previously published six articles about Semlex misconduct on this blog.The company's dodgy record speaks for itself :

(1) causing a political scandal in the Comoro Islands, where sanctioned Iranian nationals acquired Semlex-manufactured Comoros passports. Most of the money collected for passports disappeared, an was never turned over to government.
(2) Grossly overcharging applicants for passports in poor countries in Sub-Saharan Africa, such as the Democratic Republic of the Congo, and keeping the lion's share of the fees.
(3) Paying bribes and kickbacks to government officials in Africa, in order to obtain lucrative contracts to issue passports and identity cards.
(4) Issuing illegal Comoro Islands diplomatic passports to foreign nationals.
(5) Obtaining a contract with the Commonwealth of Dominica to issue pricey national ID cards, notwithstanding that no legislation was ever passed to authorize them.
(6) Illegally issuing Mozambique passports to South Africans, who then sought to enter Mozambique.

With reports circulating, to the effect that Semlex Group is now allegedly selling illegal diplomatic passports, for countries where it has contracts to manufacture and issue ordinary passports, to both local citizens, as well as foreign nationals, in violation of international law. These bogus passports are presented at border checkpoints, especially in the countries of the developing world, are are often accepted as face value, by uniformed customs & immigration officials, who are not aware of the requirement of the Vienna Convention on Diplomatic Relationships, which all UN members must adhere to.

An additional danger: some of the money launderers, drug smugglers and financial criminals with the bogus diplomatic credentials are boldly employing diplomatic pouches, which, in the case of bona fide diplomats, may not be opened for inspection by customs officials. large shipments of packages, and even shipping containers,  can qualify as diplomatic material, and be immune from search. 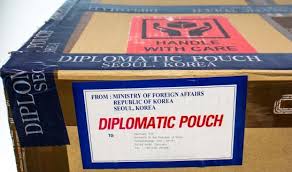 \
Compliance officers kindly note the countries shown on the map below, and regard any of the these nations  where Semlex ever had a contract to create identity documents, should consider ANY diplomatic passport issued by those countries as possibly bogus, and institute Enhanced Due Diligence procedures, while verifying the holder's actual diplomatic status with his or her home country. 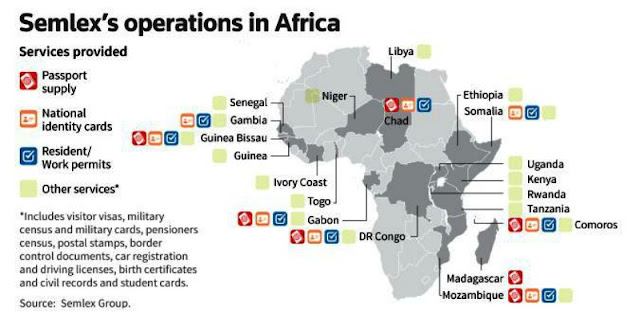