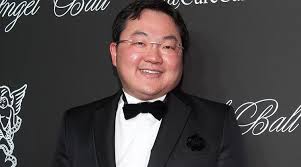 The fugitive Malaysian financier Low Taek Jho a/k/a Jho Low, whose attorneys have stated that the criminal charges brought against him in his native country, for the 1MDB thefts, are purely political, preventing any chance of a fair trial, has had his CBI passport abruptly cancelled and revoked by the Government of St Kitts & Nevis. We do not see that Due Process was afforded to Mr. Low. Considering the presumption of innocence that exists under British Common law, is St Kitts inviting a massive civil suit, which could bring down its Citizenship by Investment program, when other SKN CBI passport holders who have had their passport cancelled, also bring suit ?

Frankly, cancelling the passport, which citizens are entitled to as a matter of right, seems to be a cancellation of his Kittitian citizenship, and since he did not commit Treason, or any other act fatal to his citizenship status, did St Kitts not violate its own Constitution, not to mention a major hunan rights violation  ? Obviously, they are not going to refund his application fees; therefore, St Kitts is guilty of Unjust Enrichment, and money damages may also apply.

We wonder whether St Kitts CBI program finally bit off more than it can chew. One does not invite the wrath of a client who stole $1.4bn by breaking the law; he surely has access to sufficient funds to contest his passport cancellation, and he appears to have have grounds.
Posted by Kenneth Rijock at Thursday, December 06, 2018