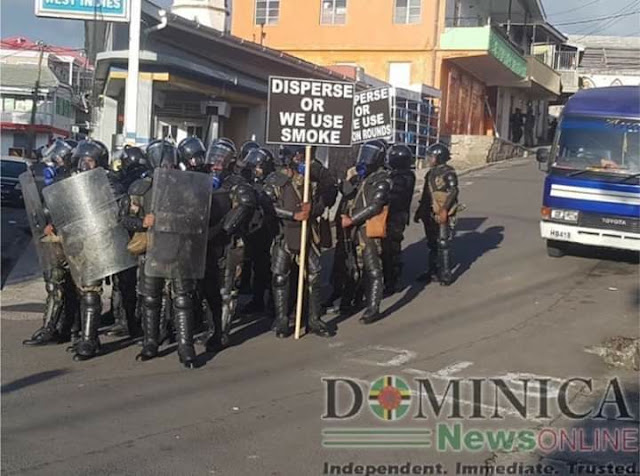 Peaceful protestors from the Concerned Citizens Movement (CCM), demanding electoral reform before the next National Election were gassed by Dominica's paramilitary Special Service Unit (SSU) yesterday. The CCM was protesting the purchase of votes, the free air transport given to expats so that they for the incumbent Labour Party candidates and Prime Minister, and the awarding of short-terms jobs to voters, to secure their loyalty. 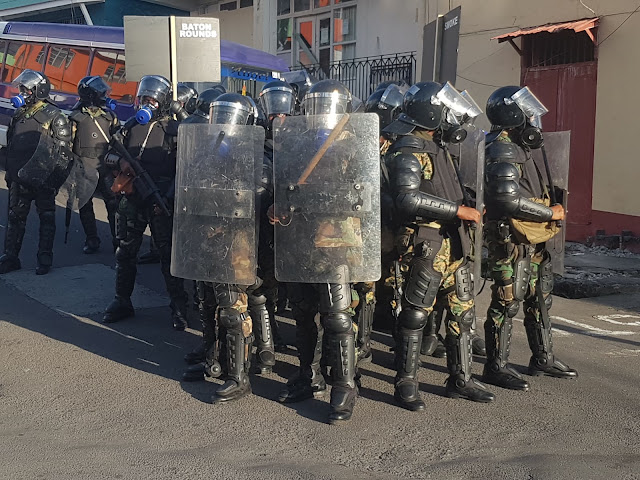 Tear gas was fired against protestors,  including into a motor vehicle, notwithstanding that there was no threat to public safety, and that no violence had occurred. As a consequence, children were exposed to the noxious gas. It is disputed as to whether the Riot Act was read before the gas was fired against protestors.There is film available of the gassing of protestors if any journalist wishes to show it.

Every peaceful protest in Dominica now results in the deployment of the SSU, in full battledress, including assault weapons. Domestic conditions in the Commonweralth of Dominica are beginning to resemble those in China, the sponsor of all the military equipment you see in the photographs. 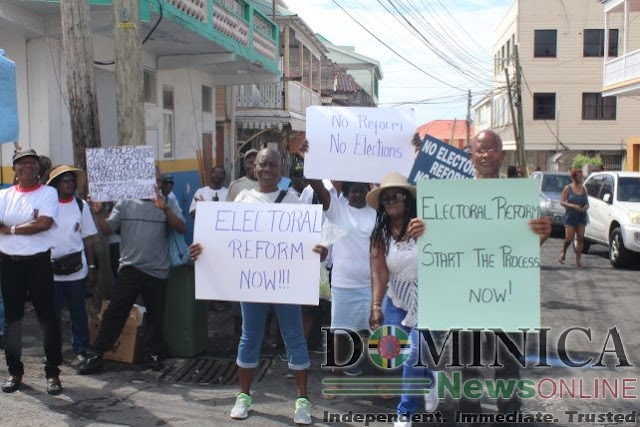 Given the close relationship between the government of Dominica and the regime in Venezuela, we should not be surprised that democracy has been replaced by corruption at the highest level.
Posted by Kenneth Rijock at Sunday, December 16, 2018