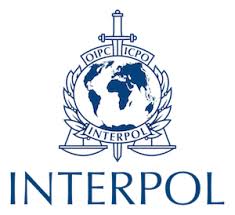 According to Nigerian Government sources, INTERPOL, the International Police Organization, has issued a Red (Arrest on Sight) Notice against former Minister of Petroleum Diezani Allison-Madueke, believed to have been the PEP who stole more of Nigeria's oil wealth than any other government official.

Apparently, an arrest warrant was issued against Diezani on November 4, 2018, by Nigeria's Federal Capital Territory (FCT) High Court. Nigeria is seeking Diezani's extradition from the United Kingdom, though she could also be charged with money laundering in the United Kingdom.

The case may have made Diezani the Poster Girl for Nigerian corruption on a grand scale, but it also bluntly served to display the dirty, seamy world of play-for-pay sales of diplomatic passports for all to see. Diezani, who was in the UK and desperate to cheat justice, reportedly contacted Baroness Scotland, who called Dominica's Prime Minister, Roosevelt Skerrit, and ordered him to create a diplomatic passport for Diezani, and fly over to the UK, to deliver it, in exchange for cash.

The international scandal that resulted from Diezani claiming "diplomatic immunity" when British authorities detained her, exposed the fact that bad actors can result buy diplomatic status from the countries of East Caribbean states, and the stink still tarnished Dominica, as well as the other four East Caribbean CBI states that sell diplomatic passports to criminals, off the books, for cash, paid over in a dark alley.

The United Nations, which is supposed to enforce the requirement of the Vienna Convention on Diplomatic Relations, to shoot down the illegal trade in diplomatic passports, will not do so, which is not surprising, given the fact that many UN members in the developing world are also cashing in on the sales of diplomatic passports.  Diezani's passport did not save her from arrest in the UK, but could be employed in lesser developed countries with impunity. Until these bogus diplomatic passports are no longer sold under the table, the Diezanis of the white-collar crime world will continue to buy, and abuse, them.