IS MYSTERY CORPORATION FIGHTING SPECIAL COUNSEL FROM A TAX-HAVEN JURISDICTION ? 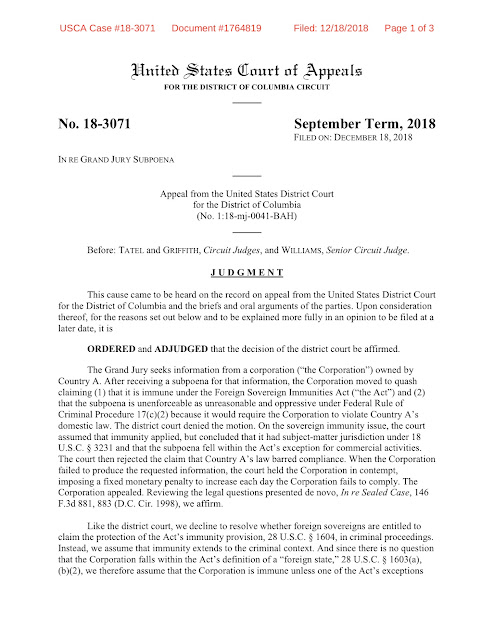 An opinion, issued by the Court of Appeals from the DC Circuit, regarding a mysterious case concerning a party that is fighting a subpoena issued by the Office of Special Counsel in the Russia probe, has identified the objecting party as a foreign government-owned corporation. Unfortunately, the identity of the corporation is still concealed from public disclosure, but is the corporation from a tax-haven jurisdiction, also commonly referred to as an offshore financial center ?

The reason for this theory is the disclosure, in the opinion ( in which the corporation is ordered to comply with the subpoena), is a representation that compliance would violate local law in the jurisdiction. That sounds ominously like a tax-haven secrecy law. While there are no further clues, we know that Cyprus was employed to move money from Russia and the Ukraine into the accounts of some of the Russia probe defendants. 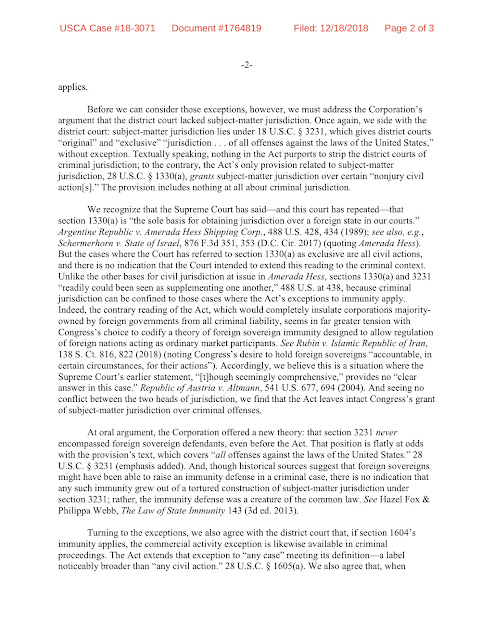 Most observers of the non-public proceedings, now knowing that it is indeed a corporation, and not an individual, fighting the subpoena, as was originally believed, wonder aloud whether the secrecy aspect of the matter is not that of Robert Mueller's office, but  a request of a tax-haven jurisdiction who fears that its mere association with the participants in the Russia probe with stain it in the public
eye. if this is the case, they will not be wrong. Since the Panama Papers and Paradise Papers scandals,  offshore corporations have taken a big hit in the perception of the public as dirty linen used by criminals.

In any event, we hope and trust that further information will clear up the mystery eventually, as to the identity of the arrogant entity that seeks to evade its legal responsibilities in the United States. 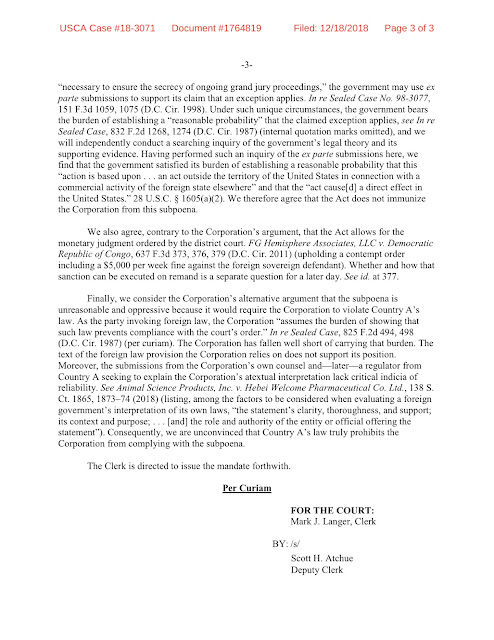