WILL CANADA STOP SANCTIONS EVADERS USING IT TO TRANSSHIP PROHIBITED GOODS TO IRAN ? 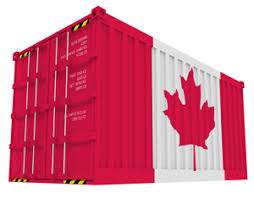 The recent arrest, in Canada, of a senior executive of a Chinese telecommunications giant, often referred to as the "Apple" of China, should remind us that Canada has chosen to assist the United States in stopping the flow of prohibited high-tech goods to Iran, through Canada. The arrest, which was carried out at the request of the US, was for the purposes of extraditing the executive to America.

The company where the executive is CFO allegedly shipped American-made electronics to Canada, from where they were transshipped to Turkey, and ultimately to Iran. Turkey and the UAE are the favored destinations for Iranian agents who evade US sanctions by shipping to a third country, such as Canada, and then on to Turkey, or another country where transfer to Iran is not difficult to accomplish.

Canada may be continuing to provide valuable assistance to the United States, as it attempts to shut down existing pipelines into Iran that transit Canada.
Posted by Kenneth Rijock at Thursday, December 06, 2018