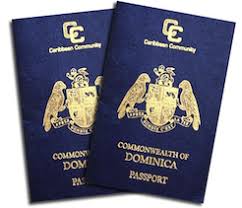 The thousands of individuals who hold Citizenship by Investment (CBI) passports believe that their passports not only confers upon them all the privileges and of citizenship, but that the government of the Commonwealth of Dominica will protect them. Obviously, they have never read their passports.

CBI passports contain this provision; it can be found on the back page, in Note #7, entitled DUAL NATIONALITY:

" Citizens of the Commonwealth of Dominica who are also citizens of foreign countries cannot avail themselves of the protection of the Representative of Dominica, against the authorities of that foreign country, and are not exempt by reason of possessing Dominica citizenship from any obligation (such as military service) to which they may be liable under foreign law."

In other words, Dominica CBI passport holders are on their own, when foreign law enforcement comes calling; they cannot hide behind that CBI passport, use it abroad to evade the long arm of justice, nor to use it to avoid the consequences of the laws of other jurisdictions. Bad boys, when they come for you, Dominica will not step in a protect you.

We wonder aloud just how many Dominica CBI passport holders have actually read their passports. More importantly,  was this fine print explained by the CBI consultancies when they sold them the passports ? We doubt it, for the risks associated with the acquisition and use of a CBI passport issued by one of the five East Caribbean states are rarely explained to applicants. Meanwhile, CBI passport holders are in for a nasty surprise, when they rely upon the passport to protect them.
Posted by Kenneth Rijock at Wednesday, December 12, 2018