Italian media sources have stated that former Italian Prime Minister Silvio Berlusconi used accounts at Antigua Commercial Bank Ltd. to make a €5m payoff to an underage prostitute, in the middle of a criminal case then pending against Berlusconi, involving his illicit relationship with her. Berlusconi, who was convicted of tax offenses, and is banned from elective office, had funds transferred from Antigua to accounts in Mexico.

Banking best practices require that Politically Exposed Persons, especially those with criminal or dodgy histories, can only be allowed to maintain accounts under strict supervision and monitoring, and this extremely large transaction, which sent funds to a bank in a jurisdiction poisoned with corruption, should never have been allowed to be completed. Candidly, maintaining an account controlled by a convicted former prime minister is, on its face, evidence that Antigua Commercial Bank does not an effective compliance program. 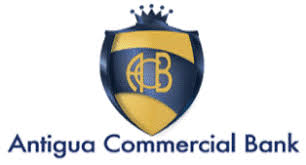 This appears to be a textbook example of compliance negligence.  Caribbean leaders who are focused on the issues their countries face with the consequences of De-Risking should understand that banks in North America and Europe that are closing correspondent accounts look at cases like this and increase their efforts to cut ties with overseas banks that intentionally allow known PEPs to operate without supervision in their banks.
Posted by Kenneth Rijock at Friday, December 07, 2018