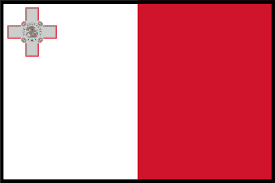 There are indications that Malta's law enforcement agencies are ignoring information establishing a money laundering operation involving illicit profits of prostitution and human trafficking. The criminal operation was under investigation by Maltese journalist Daphne Caruana Galizia when she was murdered for exposing corruption at the highest level of government.

The  country's Financial Intelligence Analysis Unit (FIAU) reportedly filed an intelligence report, recommending that a criminal investigation be initiated into money laundering last March, and that this report was transmitted to the police, but it does not appear that it ever opened such an investigation.

Information gleaned by Galizia detailed the method through which the illicit profits were funneled to brothel owners:

(1) The cash, which was represented to be "rent," was smurfed, in small sums, into a bank account on the Isle of Jersey.
(2) The funds would them be transferred to accounts of two corporations, one incorporated in the Bahamas, the other in the Marshall Islands.

Malta has been a cause for concern of the European Union this year, due to the Pilatus Bank scandal, the concerns about whether applicants for its CBI passport program are Russian criminals and Middle Eastern terrorists, and the naming of government officials in the Panama Papers. If Maltese police failed to initiate a major money laundering investigation, that is one more black eye for Malta, for the EU to examine.
Posted by Kenneth Rijock at Monday, December 03, 2018