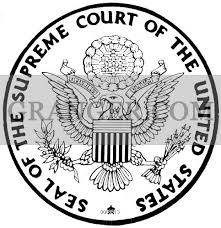 If you had hoped that the US Government's response in the US Supreme Court case filed by a mysterious unnamed foreign government-controlled corporation, seeking to avoid a subpoena from the Office of Special Counsel, would disclose the identity of the company, and its country of origin, unfortunately that information was not disclosed. The Government's reply was filed under seal, meaning that it is not available to the public, only to the attorneys of record, and the Court.

The mystery case has continued to intrigue puzzle court watchers, who have theorized that the corporation, which the DC Court of Appeals, in its judgment, referred to as operating as a commercial enterprise, may be Russian, Ukrainian, or even from Turkey; The drama continues.
Posted by Kenneth Rijock at Saturday, December 29, 2018