CANCELLATION OF MARTINELLI TRIAL IN PANAMA IS DISTURBING 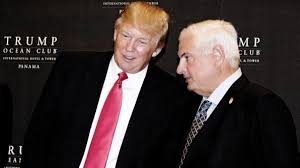 The scheduled December 12th trial of former Panamanian President Ricardo Martinelli was abruptly cancelled this week, under circumstances that lend themselves to suspect corruption played a role. He is charged with conducting a massive unlawful surveillance program, using state-of-the-art equipment and his National Security Council staff. While procedural reasons were cited for the delay, rumors swirling around Panama City allege that the prosecutors did not sufficient evidence to go to trial. What's wrong with this picture ?

Martinelli has been out of office for years; his extradition, and subsequent appeal, gave Panamanian prosecutors more than sufficient time to prepare the case. Something else is the problem. Most of the judges owe their appointment and tenancy to Martinelli, and many are unabashed supporters of the former president, irrespective of the fact that he was his country's most corrupt leader.

It is an established fact that the court system in Panama is corrupt; payments are made even at the level of the nation's highest court, the Supreme Court of Justice, to delay cases, but if the fix is in on a criminal case pending against Panama's former president, who stole millions from his country, then there is no hope that the country's courts will ever follow the Rule of Law, and they should not be trusted.
Posted by Kenneth Rijock at Sunday, December 16, 2018