Juan Antonio Hernandez Alvarado, who goes by "Tony Hernandez," the brother of the president of Honduras, and himself a former congressman, was arrested in the United States on multiple drug and weapons charges which could lead to life in prison without the possibility of release. His arrest is a pointed reminder of the dangers involved when compliance officers fail to identify a  Politically Exposed Person (PEP).

Wealthy individuals from Latin America who seek to open an account relationship in North America, or the countries of the European Union, are a special class of potentially high-risk bank customer. Their widespread concealment of PEP status has become a serious problem, because they can present with a carefully-managed, and well-documented, tale of how they are business owners or senior executives in the private sector, when they are actually PEPs. In truth and in fact, they are field-grade or general office rank military officers, the leaders of government-controlled corporations, head of international charities, pretending to be strictly legitimate businessmen. Don't get caught banking undisclosed PEPs. 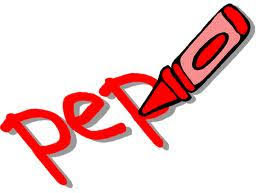 What can you do ?

(A) Your first job is to confirm the precise identity of the new account seeker, using the images provided to you, and your own social media resources & facial recognition software.

(B) Your second task is to conclusively determine, or rule out, PEP status, through social media AI searches. No matter how well the PEP has concealed his true status on the Internet, his social media interaction, or that of his family, can swiftly identify him as a PEP. This requires establishing an account monitoring process, with automatic notification, on a real-time basis, should his banking activity exceed what would be expected based upon his representations at account opening.  You may also decide to exit the client, for valid risk management reasons.

(C) A look-back at existing high balance account holders who are foreign nationals from Honduras is in order, and you may want to add clients from Panama and other Central American countries to your look-back list.

Using these methods, the risk that you are banking any PEPs unknown to you are minimized; it is suggested that you find those covert PEPs before they are arrested in their home countries for money laundering or the receipt of unlawful compensation, and you suffer negative press coverage as the result.