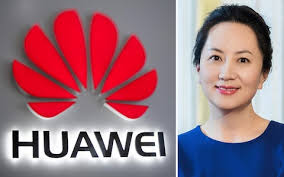 The British Columbia Supreme Court granted the Chief Executive Officer of Huawei Technologies, Meng Wanzhou, a/k/a Sabrina Meng bond in the amount of $10m. She was detained on December first, and faces extradition to the United States, to reportedly face charges that she ran a five-year operation that evaded US sanctions on Iran. The bail conditions, which include a $7m cash payment, a curfew, and monitoring via angle bracelet, appear to be strict, but were opposed by the Crown, due to elevated risk of flight.

Ms. Meng, who is the daughter of the owner of Huawei Technologies, is not a resident of Canada, nor is her husband. She reportedly has avoided entering the United States since April 2017, when Huawei allegedly learned of the American investigation. The Hong Kong-Mexico trip she was traveling on avoided changing planes in the US, by arriving in Vancouver. 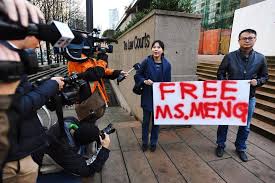 Immediately after Ms. Meng was taken into custody, China arrested a former Canadian diplomat in the Peoples' Republic, which raises questions regarding whether Canada responded to pressure, in granting bond. Officials in the Chinese Government issued what amounted to threats, against both the United States and China. The senior American diplomat in Canada, when speaking to the media, denied Chinese claims that the arrest was politically motivated. China also conducted a public relations campaign designed to pressure Canada to free Meng.

Further proceedings have been scheduled by the Court for February 6, 2019. The 60-day period in which the US Government must complete its extradition filing ends on January 8, 2019.
Posted by Kenneth Rijock at Tuesday, December 11, 2018