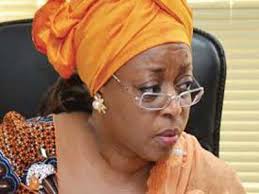 The Federal Republic of Nigeria has issued an arrest warrant against Diezani Alison-Madueke, the country's former oil minister, upon corruption and money laundering charges, arising out her time in government service. It is not known precisely how many billions of dollars in stolen and diverted government oil profits, bribes & kickbacks for awarding sweetheart government contracts, and many other criminal acts she committed, she and her associates accumulated, but she has become the most regularly cited example as the quintessential Nigerian corruption figure.

As Alison-Madueke is presently living in the United Kingdom, where she has been under money laundering investigation for the past three years. She is also the defendant in a suit in the United States to recover what the Government has characterized as millions of dollars in assets stolen from the Treasury of Nigeria.

In the Western Hemisphere, the sleazy circumstances surrounding her cash purchase, in the United Kingdom, of a Commonwealth of Dominica diplomatic passport, hand delivered to her on demand, by Dominica Prime Minister Roosevelt Skerrit, have made her the poster girl for the East Caribbean states' amoral and unauthorized sales of diplomatic passports. More than any other recent case, the Madueke scandal has drawn the global attention, and ire, of compliance officers who were repelled by the overt play-for-pay, million dollar sale of legitimate diplomatic passports to career criminals.  She is no more an accredited diplomat from Dominica than I am.

The sellers of these diplomatic passports are certain senior leaders in the East Caribbean states, who pocket millions of dollars in "commissions" for issuing such passports, to individuals that you would not like to encounter on a dark street.  Considering that diplomatic passports are only to be used for official business, at account opening, is improper; ask the customer for his country's ordinary passport, please, and if he does not have it, find out why.