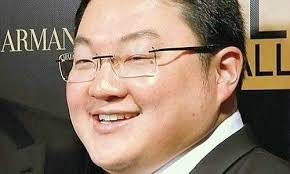 The fugitive Malaysian financial advisor, Low Taek Jho, more commonly known in the West as Jho Low, has five additional money laundering offenses filed against him, under Malaysia's Anti-Money Laundering and Anti-Terrorism Act. Jho, who was charged in absentia, is accused of diverting over a billion dollars from 1MDB, the Malaysian Development Berhad. He was previously charged with eight counts of money laundering.

The Jho case is of great public interest in the United States, due to the fraudster's high-profile, high flying lifestyle, and his association with celebrities and motion picture stars. The circumstances surrounding precisely how he qualified for, and obtained, a CBI passport from St Kitts & Nevis continues to be a subject of concern for compliance officers, and who have pointed to the Jho passport as yet another reason to regard St. Kitts CIP Unit's due diligence program as fatally flawed and its passport holders as untrustworthy as potential clients, due to the large number of CBI passport holders who are allegedly white-collar criminals, and therefore too high risk on onboard as customers.


Jho has been rumored for some time to be traveling through China, with an ultimate goal of reaching St Kitts, where his CBI citizenship will preclude his extradition under most circumstances.