APPLICANTS FOR CBI PASSPORTS SHOULD READ THE FINE PRINT BEFORE BUYING 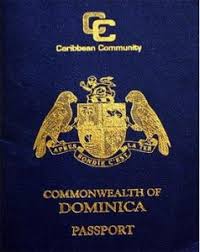 The reason money launderers, financial criminals, corrupt government officials, assorted PEPs, tax evaders, and all other applicants for Citizenship by Investment (CBI-CIP) products sold by the five East Caribbean states is, of course, that prized passport, which gives the holder visa-free entry into the Schengen Zone, and elsewhere. Except for eluding extradition, the citizenship part of the deal is not judges to be nearly as valuable as that passport.

If the dodgy applicants actually knew that the passport sale was not by any means final, they might change their minds about investing, including those millions of dollars in cash paid to assure approval of known career criminals.

Read this Note, which appears as number 8, in the back of passports issued by the Commonwealth of Dominica:

"This passport remains the property of the Government of Dominica and may be withdrawn at any time. It is a valuable document, and should not be tampered with or altered in any way, or allowed to pass into the possession of an unauthorized person. If lost or destroyed, the facts or circumstances should be immediately reported to the Passport Office, Roseau, Dominica or the nearest Dominica Mission or Consulate or authorized representative, or to the local police. New passports can only ue issued in such cases, after exhaustive inquiries."

Applicants for CBI passports issued by the Dominica CIU, please note that the phrase "Let the Criminal beware," strictly applies. Dominica can yank back that passport, and revoke it, at will, and CBI passport holders have no recourse. Read the fine print, people, before you drop that all illicit cash in the hands of a slippery, corrupt government official in Roseau. Your passport is revocable. 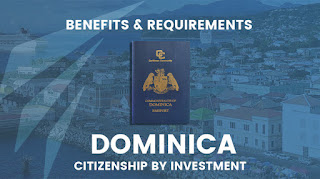