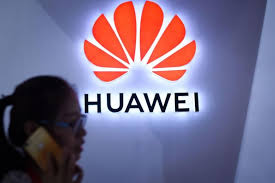 Reports from Canada state that Cathy Meng, the Chief Financial Officer of Huawei Technologies has been charged, in the United States, with Conspiracy to Commit Bank Fraud, though this information has not been confirmed. Meng was detailed by Canadian authorities in Vancouver, at the request of the US. Her request for bond pending the resolution of the matter has been taken under advisement by the Canadian judge.

The allegation revolve around a Hong Kong company, Skycom Telecommunications Co., Ltd, which attempted to sell US-made Hewlett-Packard computer equipment to an Iranian mobile telephone company. The sale of such equipment violates American sanctions on Iran, and HP prohibits the sale of its products to Iran. The fact the Skycom was controlled by Huawei was reportedly concealed from the public. Meng was a senior officer of the parent that owned and controlled Skycom, ans served on the Skycom board of directors. The sale was arranged in Skycom's Tehran office.
Posted by Kenneth Rijock at Sunday, December 09, 2018