STEER CLEAR OF CARIBBEAN NEWS SITES; MOST ARE SPONSORED AND SLANTED 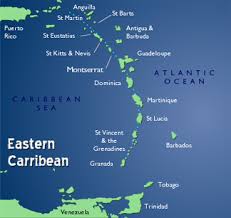 Compliance officers often troll Internet news sites for information, when conducting enhanced due diligence investigations,  but when it comes to East Caribbean news websites, the stories you see are often less than objective, and you should not, under any circumstances, rely upon them as being truthful.

The reason: many websites, posing as strictly East Caribbean news resources for the public at large, are, in truth and in fact, shills for powerful international Citizenship by Investment (CBI/CIP) consultancies, whose primary interest in journalism is less than honest:

Those suspect East Caribbean "news" sites have a hidden agenda, and it is not the search for truth. They are paid well by CBI consultancies who:

(1) Denigrate those CBI jurisdictions where the CBI consultancy does NOT have a license to sell, which therefore indirectly builds up the suitability and favorability of those countries where the consultancy has an established sales position, with government approval.

(2) Write puff pieces on the CBI jurisdictions where the consultancy has licensed sales facilities.

(3) Attack any and all individuals who have dared to expose corruption, drug trafficking, and other financial crimes, within the CBI programs in countries that compete for tourist dollars, and foreign investment, and which are not part of the small group that is hitting local banks.

(4) Act as mere mouthpieces for the political party in power in their country, either as an act of survival, due to the power of the elected officials who stay in power through vote buying and election fraud, or are financially controlled by, and politically sympathetic to, the senior officials in what are actually semi-democratic states.

We call it "checkbook journalism," because the corrupt websites all accept bribes to publish stories favorable to a certain interest groups. Whatever you call it, ignore all Caribbean news sites, as the vast majority of the news material is either planted there, or so doctored up as to totally change its true meaning. Do not rely upon its slanted point-of-view.

Do not accept any information appearing on those slanted East Caribbean "news" websites, lest you buy into their rose-colored stories of how superior their country is to its competitors, or how great one of their foreign investors is, or some other lies, causing you to green light an application to open an account that you should not do.
Posted by Kenneth Rijock at Friday, December 07, 2018