TRIAL OF PANAMA'S FORMER PRESIDENT TO BEGIN ON DECEMBER 11 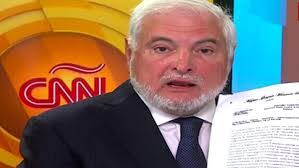 A judge in the Republic of Panama has set the trial of the criminal case pending against the country's former president, Ricardo Martinelli, for December 11, 2018. Martinelli is charged with conducting illegal video and audio surveillance to spy upon more than one hundred and fifty of Panama's elite, using the staff of his National Security Council. The targets included political enemies, judges, journalists, business competitors, and even his own mistress. He reportedly used the videos to blackmail some of the individuals caught on tape in their most personal (and illegal) activities. His actions have been labeled political espionage.  According to local media, he faces twenty-one years in prison if convicted.

Panama is rife with rumors that among the individuals captured on film, and engaged in controversial activities, include Donald Trump, and one of his sons, when they came to Panama City for opening of the Trump Ocean Club International Hotel & Tower Panama. Trump was a private businessman at the time. This report has not been confirmed.

Martinelli is also charged with embezzlement, for authorizing the purchase of expensive surveillance equipment. His brother-in-law, Aaron Mizrachi, has been linked to the project; Martinelli failed to obtain the required approval from the National Assembly for the purchase.

It is not clear whether the detention, and deportation proceedings against, the two sons of Ricardo Martinelli are linked to the trial, but the sons had their US visas revoked last year, and have asylum requests pending, and were never subject to any immigration action until last week.
Posted by Kenneth Rijock at Thursday, December 06, 2018