WHAT IS CHINA PLANNING TO DO WITH ALL THOSE COUNTERFEIT USD$100 NOTES ? 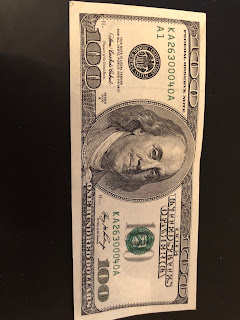 Why does the Peoples' Republic of China have a large quantity of counterfeit US one hundred dollar bills ? These are NOT Korean "Supernotes," but a completely different animal, and it immediately raises questions concerning why the American financial community has not been alerted to the danger.

The counterfeits, which are stacked in shrink-wrapped pallets, in guarded cold storage facilities, are known to be warehoused in China, as well as the Republic of Korea. The Korean storage locations are under the direct control of an Asian multinational criminal syndicate. Our sources have stated that there are facilities inside the Peoples' Republic similar to those in Korea.

Considering that a dump of large quantities of well made counterfeits on the world market might cause holders of $100 notes to exchange them for other currencies, in fear that they have bogus bills. Widespread abandonment of the US Dollar could cause a major depreciation in the exchange rates, economic distress, or worse.

Can anything be done in advance of such destructive actions, to preserve the value of the Dollar ? Someone might want to ask the leadership over at Treasury.