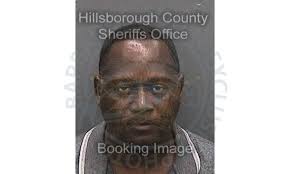 The US Attorney in the Eastern District of New York has notified the Court that it is dismissing the Foreign Corrupt Practices Act as a Specified Unlawful Activity in the pending corruption case against former Barbados Minister Donville Inniss. The defendant has been charged with money laundering; he allegedly used shell companies to move criminal proceeds into the United States.

Readers who are not familiar with this case should review our earlier stories regarding Defendant Inniss, especially US Money Laundering trial of former Caribbean official set for June.

This action was taken due to the impact of the appellate decision in United States vs. Hoskins, 902 F.3d 69 (2nd Cir.2018), which holds that a non-resident foreign national cannot be held criminally liable for aiding or abetting, or conspiring to violate, the Foreign Corrupt Practices act, unless the Government can show he acted as an agent of a domestic concern, or while physically present in the United States.
Posted by Kenneth Rijock at Saturday, December 29, 2018