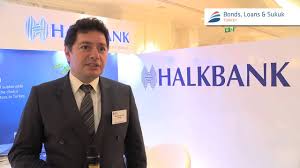 Attorneys for Mehmet Atilla, the Turkish Halkbank executive who has been indicted in the Federal Iran sanction evasions case involving Reza Zarrab, have filed multiple motions on his behalf, seeking dismissal of the charges pending against him These motions speak to both substantive, as well as procedural, issues.

To summarize:
(1) A Motion to Dismiss, based upon the assertion that the Court does not have Subject Matter Jurisdiction over the defendant, as it does not allege his knowing agreement to participate in a scheme involving any US bank.
(2) A Motion to Dismiss, on the grounds that the Indictment does not provide Constitutionally adequate notice of the charges against him, claiming that it does not state, with sufficient particularity, sufficient facts, against this defendant, to support it.
(3) An alternative motion,, alleging that if the Court does not grant the motions, it should sever the defendant's case from this one, against the other defendants, for Misjoinder, as the facts indicate that that Atilla participated, at best, in a separate, unrelated conspiracy. Case law on Misjoinder states that, for Atilla to be properly joined as a defendant in the Zarrab case, the parties must have participated in a common plan or scheme, not just offenses that are the same, or of similar character.

These defensive motions claim that the Government's case, against Mr. Atilla, is fatally defective.The Court has yet to rule upon Atilla's pending motion to be released on bond; material on that issue has not at yet all been filed.