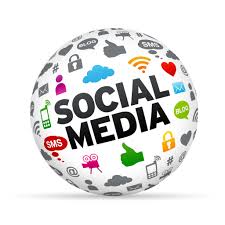 Almost as soon as the smoke cleared from an intentional fatal automobile attack during last weekend's Charlottesville radical white supremacists demonstration, both law enforcement, and the media, were accessing the various social media resources. Their aim was to learn details of the accused vehicle driver, who faces charges of murder, and civil rights violations.

Even though press reports stated that someone took the alleged offenders entries down an hour after the attack, many media announced, and displayed, detailed information about the attacker, showing that he was linked to a radical organization, published photographs detailing his background, his associates, and posted actual photographs of him at the demonstration, carrying a shield bearing the logo of the radical group, Vanguard America.

You can also expect that Federal and state law enforcement agencies investigating the crime also viewed all relevant social media resources, as some of the information from those websites appeared to be known to law enforcement, given public statements made to the press.

Additionally, organizations opposed to White Supremacists, White Power, Ku Klux Klan, and Neo-Nazi movements have been accessing social media sites, to identify the participants from these organizations, which were present at the Charlottesville demonstration, from photographs taken at that time. They have already named & shamed a number of those radicals, and listed their hometowns, with the result that there are reports of termination by their employers. such as James Alex Fields, the vehicle driver, who is from Ohio, and Cole White, from California.

Some commercial search products originally used social media to give access to clients who needed access to information about unbanked customers, to determine risk levels for their money service businesses. They soon discovered that social media assisted in profiling other customers as well.

Many criminal investigators now utilize social media as a critical component of their search process, and searchers on the civil side are fast discovering that it reveals information that cannot be obtained anywhere else, including present, prior, indirect, as well as hidden, relationships.