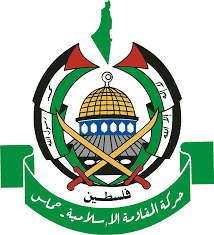 Recent arrests in Israel have exposed a Hamas terrorist financing ring, whose goal it was to place cash in the hands of terrorists, who use it to conduct attacks upon the unarmed civilian population of Israel. The case reminds us that Turkey remains a base for terrorist activity, with the knowledge and consent of the government, notwithstanding its claims that it has deported Hamas leaders, who use the country as a forward operations base against Israel. Hamas is a Specially Designated Global Terrorist (SDGT) organization.

Here's how the scheme worked:

(2) In Turkey, the Hamas agents, using cash, purchase  consumer goods, which they then ship to Hebron, in the West Bank, also known as Judea & Samaria.

(3) The goods are sold, and the cash proceeds delivered to Hamas terrorists, to perform terrorist acts.

This case demonstrates just how difficult it is to interdict terrorist financing, on a real-time basis.
Posted by Kenneth Rijock at Thursday, August 03, 2017