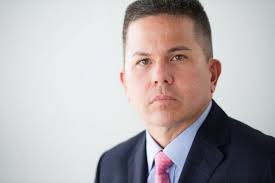 Ismael Gerli, the Panamanian lawyer who is facing ten years in prison, in his native Panama, for fraud and forgery of instruments, is attempting to have the charges dismissed, by extorting the Government of Spain, which is depending upon him to give testimony against Vladimir Kokorev, in a bizarre money laundering investigation that has seen Kokorev, and his family, illegally held in custody for almost two years, allegedly as material witnesses, without any charges being filed.

Powerful Spanish business interests are believed to be behind the case, seeking Kokorev's  assistance in making a corruption case against the president of Equatorial Guinea, so that they can obtain lucrative petroleum contracts from their former colony. Currently, American companies are assisting Equatorial Guinea with the development of the country's petroleum industry.

Gerli, according to Spanish media, has put pressure on a Chief Inspector of the Spanish Police,  convincing him to tell the government prosecutor, Isabel de la Vega, to have Panamanian authorities to dismiss all the pending charges they have brought against him. Gerli threatened to repudiate all his testimony in the Spanish case, unless Vega succeeds . These threats constitute extortion, according to legal experts familiar with Gerli's Panama case. Gerli's testimony has been judged to not be credible, but Spanish authorities continue to rely upon it, in what has become a human rights case, exposing flaws in the Spanish court system.

Vega has reportedly taken steps to have the Panama charges dismissed, but the prosecutor in charge of that case, who is known to be immune to both political pressure, and efforts to bribe him, has declined. The Panama case against Gerli remains opend and pending.