PALESTINIAN CONTACTS WITH NORTH KOREA COULD INDICATE A FINANCIAL CONNECTION 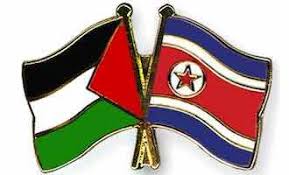 Notwithstanding the totally erratic, and dangerous, recent actions, of North Korea (DPRK), and the increased sanctions, the Palestinian Authority (PA) recently accepted the credentials of the DPRK ambassador to the PA, and issued congratulations to North Korea, on the anniversary of its independence day. The DPRK ambassador reportedly resides in Cairo. The apparent political affinity between the two parties could also be a covert financial one.

Given the strict financial sanctions currently in place, and the ample funding that the PA enjoys, from the West, there are potential opportunities for the PA to front for North Korea, by diverting cash flow. There is no evidence to support it at this time, but given the very recent anti-American posture of the PA, towards the US, it is something compliance officers should be aware of.

North Korea desperately needs US Dollars, to make those European luxury goods purchases its leaders are famous for. Other players could acquire them, fronting for the DPRK, as well as purchasing other needed goods and services, especially those countries who are known to have relationships with it. North Korea will now be seeking alternative supply channels, and compliance officers at international banks should be alert to the possibility that its friends are assisting it.
Posted by Kenneth Rijock at Wednesday, August 16, 2017