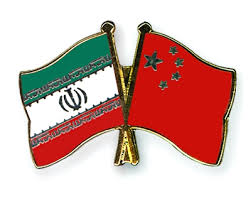 Reports that major Chinese banks are closing personal accounts of Iranians appear to be in dispute. One source claims that it is due to tax evasion, when Iranians enter China, ostensibly for non-business reasons, transact business, and place their profits in their non-commercial accounts. A number of their accounts have been allegedly closed, and Iranian account holders' efforts to repatriate their funds  foiled. Another source asserts that it was as a result of American sanctions.

Additionally, there are reports that Iranian petrochemical exporters have been unable to repatriate their profits; Iranian merchants and traders have also reported issues with their accounts. Compliance officers at Western banks kindly note that a Chinese corporation, trading with their own bank clients, might have Iranians as hidden, but actually beneficial, owners. Do you really know who the shareholders are at that Chinese company who does business with your bank's clients ?