GRENADA'S DENIALS ARE TOO LITTLE, TOO LATE AND INACCURATE 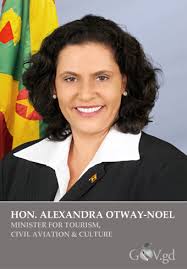 Our article about the million dollar payment a European businessman made, to obtain a diplomatic passport, through a Caribbean country who would play-for-pay, appears to have resulted in scores of official-sounding Internet postings, all swearing that Grenada has no diplomatic passport program, and that the allegations of the victim are therefore not true. All the spin masters retained to discredit our story, whether paid by Grenada, or the massive Citizenship by Investment industry, are not going to stop the sordid truth about an illegal diplomatic passport sales scheme, neither approved by the statutes of Grenada, nor authorized under international law.

The articles, which do not credit any specific spokesman , allege that the victim was told that Grenada did not have a diplomatic passport program. The trouble is, the emails, to and from the victim, and Grenada's then-Minister for Citizenship by Investment Promotions,  Alexandra Otway-Noel, who was the victim's only contact in Grenadian government, do not corroborate the spin doctors' version of the truth. When Ms. Otway responded to the victim's disclosure of no-passport, and no return of his million, she did NOT deny the existence of a diplomatic passport program. In truth and in fact, she referred the victim to the CIP program that she supervised. Does that sound like denial to you ? 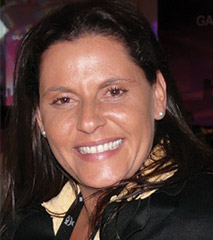 Why did the Honorable Ms. Otway-Noel respond to the victim's plea for assistance from the Grenada Government ? Perhaps it was her relationship to the country's CIP program, and therefore to Henley and Partners. Ms. Otway-Noel was a prominent speaker at a Henley and Partners event attended by several attendees who confirmed her appearance, and she is still a listed speaker on the H & P website, complete with her biography. Until her abrupt resignation in 2017, under a cloud, for alleged international travel, Ms. Otway, who also held the portfolios of Minister of Tourism, and Minister of Implementation, was an integral part of Grenada's CIP program. We will be publishing those emails in full, with only the victim's name redacted, for his protection.

We shall continue to detail all the players in Grenada's under-the-table diplomatic passport program,  what their roles are, and how it remains well hidden from public view.