TODAY'S PIRATES OF THE SPANISH MAIN NOW OPERATE OUT OF DOMINICA 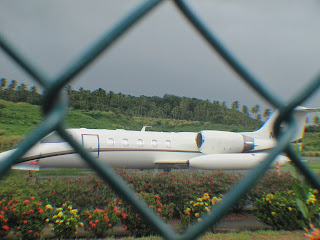 There are regular Learjet flights, between Colombia, Venezuela, and the Commonwealth of Dominica, where the local government pointedly ignores, and probably facilitates,  criminal activities conducted by the business jet's operator. Precisely what is carried on those private jet flights cannot be confirmed, but the previous operator of the aircraft, David Tokoph, had a long and distinguished "career," as an international arms trafficker, and gunrunner, with numerous links to the Central Intelligence Agency, including participating in the Iran-Contra arms scandal. The reason he is no longer flying that aircraft is because he was killed in a crash in 2015. Tokoph is known to have substantial aviation experience in delivering arms and aircraft to Africa, and was a close associate of Viktor Bout, once the world's most prolific arms trafficker.


The present operator of the aircraft, N96GS, a Learjet 35, is alleged to be Samuel Boland, who is a property owner in Dominica, but not a Dominican; he has been linked to an offshore bank. The legal title to the Aircraft is held by Wings Service, a Limited Partnership domiciled in the State of Delaware. Dominicans assert that they know the aircraft cannot enter the United States; as it is US-registered, it may be subject to seizure there. By law, foreign nationals may not own N-registered aircraft. 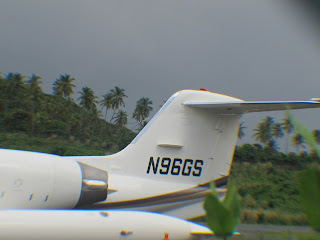 Eyewitnesses in Dominica report that the Learjet, which has repeatedly overnighted there, is generally unloaded, after dark, using special lighting, as the airfield is not equipped for night operation. Security prevented our sources from a close examination of the aircraft.

Is this aircraft flying in bulk cash, or financial instruments ? I cannot say, but the circumstances surrounding the offloading procedures suggest that contraband is being repeatedly smuggled into Dominica. The two source countries, Colombia & Venezuela, which have zero legitimate commerce with Dominica, are known source countries for drug trafficking, corruption of senior government officials, and money laundering.What is on that plane, when it arrives in Dominica ?
Posted by Kenneth Rijock at Thursday, August 03, 2017