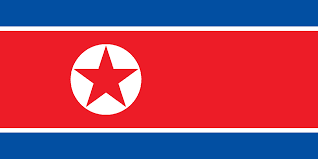 If you are a compliance officer, at an international bank whose clients trade with customers who use those banks in north China known to move funds for companies in North Korea (DPRK), statements from Washington indicate the US Government would certainly like to name & shame those banks, via OFAC, but political considerations have prevented such action. What if sanctions are indeed placed, are you prepared ?

Letters of Credit aside, you may have clients who are regularly exposed, as they receive payments for goods sold and delivered, from or through those banks. You do not want to unwittingly violate any new North Korean sanctions, that might be placed, because you neglected to check daily for new OFAC actions, and conducted a transfer that was very recently prohibited.

What if a client brought pressure to bear, with a pending transaction, notwithstanding a new sanction announcement, because it did not want to sustain a loss ? Make sure this does not happen, because some executive caved in to client pressure.

This is not to say that OFAC will indeed sanction the Chinese banks, but given the fast-moving political situation,  it could happen; put alerts on your computer, so that any relevant announcement is immediately available to you.
Posted by Kenneth Rijock at Friday, August 11, 2017