CHECK YOUR FACTS ON ARTICLES PUBLISHED BY NGOs 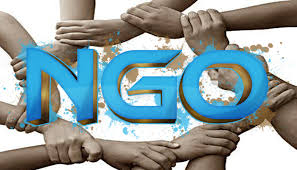 Compliance officers, in their daily quest to obtain information, for due diligence, and enhanced due diligence investigations, often come across articles, published by non-governmental organizations (NGO) that may be of use to them. You are cautioned that many NGOs have a hidden agenda, whether it be political, social or on behalf of an undisclosed third party interest, that results in the article being factually incorrect, intentionally incomplete, or otherwise inaccurate.

Ask yourself this: does the NGO actually act in the public interest ? If you cannot, unqualifiedly answer in the affirmative, then take the facts presented in the article with a huge grain of salt, or dismiss it entirely. Someone may have a hidden agenda, and wants a seemingly disinterested, purportedly objective, third party to advance it online.

For example, I see that Soros' Open Society Foundation, which claims to speak for the public good, has an article on its website, crucifying Vladimir Kokorev, the Spanish-Russian businessmen, and former diplomat, regarding what the article alleges is money laundering, and facilitating corruption in Equatorial Guinea. The article goes on to say that he, and his family, are in custody, facing criminal charges.

In truth and fact, the Kokorevs, who were arrested solely upon a Material Witness warrant, have been illegally held, by Spain, for two years, without ANY criminal money laundering charges ever being filed. The article, which dates for 2015, and was never updated (intentionally, perhaps?) leads the reader to think they are defendants in a criminal case. This is totally untrue, and their case is clearly a political vendetta against them, pending due to the influence of powerful business interests in Spain, who desire that Mr. Kokorev implicate his client, the elected president of Equatorial Guinea, whom they want removed from office, so that they may again access EGs raw materials. Spain will neither release, nor charge, them. They are in legal limbo, and efforts to free them have failed.

So why does a "benevolent" NGO support a major human rights violation  ? This is merely an illustration of how powerful NGOs can skew the facts, tp support hidden interests. My advice: unless you know and trust them, disregard NGO information, until & unless you can independently verify it.