FOUR MONTHS FOR MONEY LAUNDRING IS NO DETERRENT 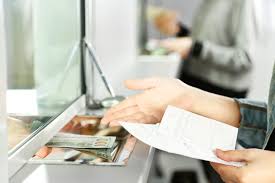 A Massachusetts man, charged with Money Laundering Conspiracy, Douglas Mercier, was sentenced last Friday to four months' imprisonment by a Federal judge, in a case where the punishment clearly did not fit the crime. He also must serve three years of Supervised Release; the file indicates that his vehicle was seized, as was proceeds of crime.

Mercier, who was engaged in marijuana sales, to reportedly raise money for his children's college expenses, made fifteen cash deposits, in amounts just under $10,000, to evade reporting requirements, in what is more commonly known as Structuring. We wonder how anyone could think that such multiple deposits, right on the edge of a reporting requirement, would not be examined ?

While sentencing must take in account many factors, when a sentence is pronounced which is clearly inadequate, given the seriousness of the offense, there is little deterrent effect upon the public. This means that others who may be tempted to engage in similar conduct, do not fear the consequences of an arrest, because they have seen that the punishment meted out for the same crime is minimal at best, and may amount to little more than a slap on the wrist.
Posted by Kenneth Rijock at Monday, August 14, 2017