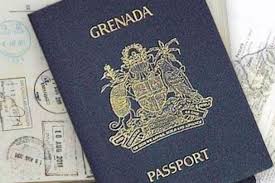 The case of a Ukrainian businessman who asserts that he paid one million dollars to Chris Willis, to acquire a diplomatic passport from Grenada, continues to unfold. As the result of the filing of a criminal complaint, an investigation into the matter has been opened by the United States Department of Justice. It may be noteworthy that the businessman has been in contact with another Ukrainian national who also sought to acquire a diplomatic passport, in the same exact manner, who also reportedly sent payment.

Henley and Partners, who, at all times material to the case during 2016, employed Mr. Willis as its Managing Director for the Caribbean, has publicly stated that it has received a written communication from Wells Fargo Bank, stating that the bank's Singapore branch had, or has, no accounts of Henley, and that the screenshot published on this blog, in a prior article, was not genuine. Government sources, in contact with the bank, have reported that Wells Fargo says that it has made no such statements about whether there were any Henley accounts, or whether the screenshot was genuine. The Henley statement therefore has no basis in fact.

Additionally, Henley's public statements, to the effect that the Government of Antigua had issued a statement to the effect that the blog's allegations were "totally false," is also untrue; The Government of Antigua made no such statement, and even after this fact was reported, Henley has failed to retract  or correct its statement, nor responded to media queries about this specific topic.

Notwithstanding the denials, made by the Government of Grenada, that it is engaged in the sale, to foreign nationals, of diplomatic passports, the reader is directed to our recent article, entitled UK Company says Fraudster forced it into Liquidation, and Hides behind Grenada Diplomatic Status.

As more information regarding the diplomatic passport scandal comes to light, we shall update our readers.